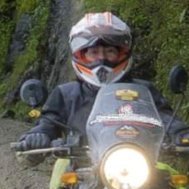 By Slowlycatchymonkey, September 17 in MOTORCYCLE CHAT