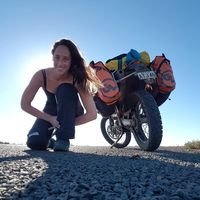 Ride Report: BikeHedonia rides the world (one way or another)